This was just as I expected. Absolutely awesome!

I had no time to make a cosplay, so I just wore some of my extreme Gothic clothes. Those that I shouldn’t wear in school. I wanted to dress up like Hinata Hyuga from Naruto but maybe next time.

Talking about Naruto, I saw there at least 5 people in Akatsuki robes, Tobi , Naruto, and female Sasuke. They looked so cool together, I had to take a picture with them. I would take more pictures with people if I was less shy.

There were a lot of Jokers and Harley Queen (of course). It was funny to see Harley Queen from the movie next to the original Harley queen and two Jokers together.

The artists there made me feel like I have no talent. Apart from the artists that remade popular anime characters (there were too much of them), there were some very talented with gorgeous and unique works. Now I have a goal- to be as good as them. And the jewelry… people told me that I’m pretty, but trust me, the jewelry there are much more pretty than me.

There were some other things that drove me crazy. Cool games, posters, fandom T-shirts, anime dolls, BatMobile with Optimus Prime, comics in huge amount and many writers. William Shatner was there but in costed 500 dollars to meet him ): I’m not a huge Star Trek fan, but I would like to hear “get a life” from him.

I got 5 books and plenty of memories from this event. I totally want to go to the next Comicon! maybe with some friends. 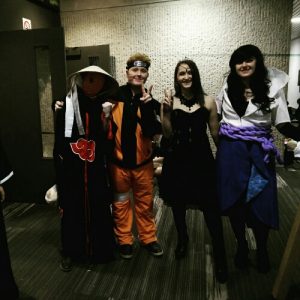 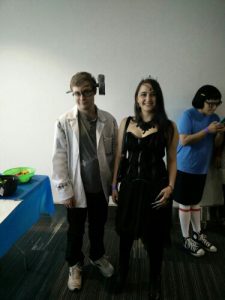 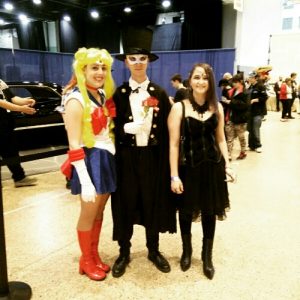 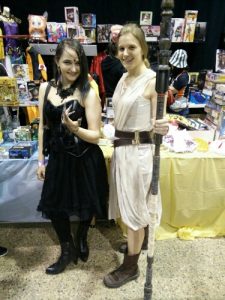 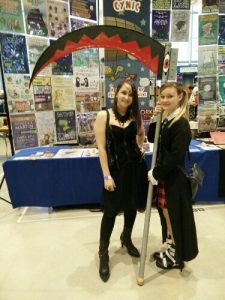